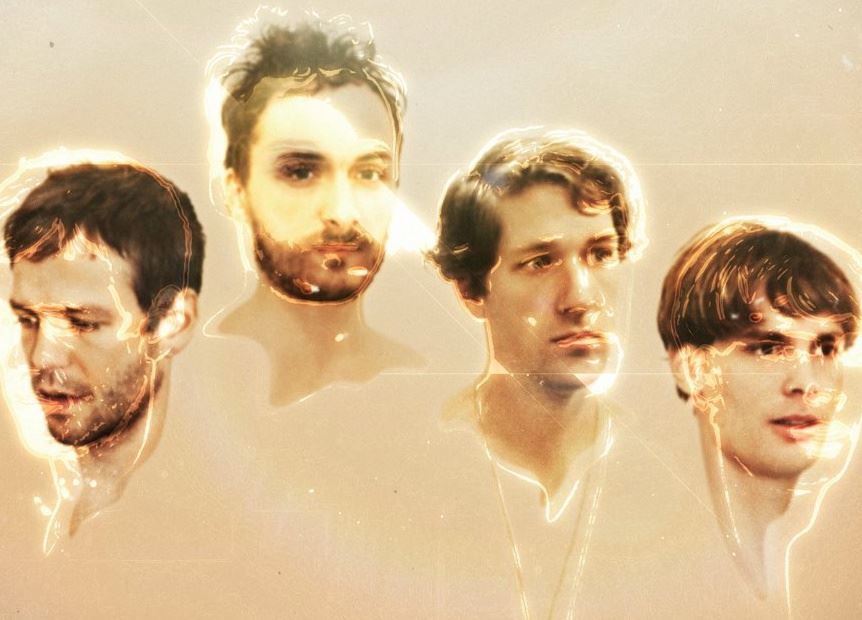 On destruction, decadence and arrogance

Corruption is the most aggressive song on the album Adagio from 2013. It is a burst of anger and shouts out an imperative of anti-decadence, an appeal mainly to myself in 2009 when the lyric was written (and of course anyone else feeling slightly hit by a bit of guilt). Corruption is thought of as the musical alter ego of the album, the song in which the whole album is reflected, thereby turning the expressions of the rest of the album up side down. That was the idea for placing it as the center of the album.

In this contribution to www.blaavinyl.dk, we have tried to collect a pile of information about the song. Above, we have linked to the original album version and, as a gift for you, made it downloadable – hope you’ll enjoy. Additionally we have searched the Internet and found a handful of live video recordings of Corruption from the years 2010-2014. It is a song we often play live and have done since it was written in 2009, it is always open to improvisation (especially the form is improvised). It is noisy, sometimes horrific, sometimes dark and sombre – always glowing in new ways. Here are five versions you can have fun comparing:

If you are one of those girls or boys with an urge to create new versions out of old material, you hereby get a link to the original stems from the album version. If you send a remix to us or post it somewhere on the web, let us know and we’ll send you a copy of our two vinyls Adagio (2013) and the debut album Under The New Morning Sun (2010) (of which we have very few copies left)

The lyrics for Corruption was written in 2009 and, besides from the personal anguish and imperative, it raises an explicit critique of the financial crisis arisen in 2008. The song, thereby, is an aggressive and politically loaded song – unlike the other songs of Adagio – criticizing cultures of economic decadence and arrogance. Well, it’s our precarious voice in the globalized downfall of the western political hemisphere:

Corruption
I was troubled today and nothing could release me
I had this moment, you know, where life shows you it’s happening now
I woke a little late and a look on her face was changing
I know she knew what it was, but was clever and didn’t say a thing
I have always been born to make a difference and take big decisions
but if you want someone to win you’ll have to want someone to loose
I did what could but the enzymes changed and
insanity comes and off you walk
Mind what you do ‘cause you wouldn’t do it if it wasn’t for us

I got lost in myself and I tried to think of what I’ve been doing
It’s getting more difficult changing the world
I wipe myself clean, today I build a shed for my treason
To me, money’s no reason: only is to those who need them
I know what I’ve done, but I can’t spend time judging my wrongs
I’ll never be one you, you’re just words and numbers to me too
Mind what you do ‘cause you wouldn’t do it if it wasn’t for us

Should you stumble across other recordings of Corruption on the internet, feel free to post ‘em in the comments (red. Click on the ‘Leave a response’) below. 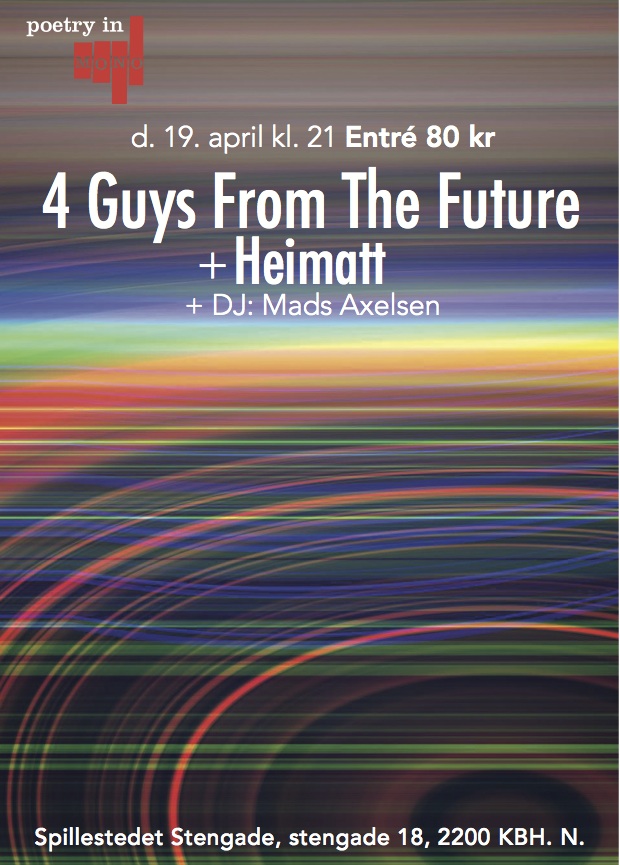 Posted in poetry in mono, Rikkes indlæg | Leave a response